Comedians and media have always been great companions, whether they’re appearing in movies, TV shows, or even in advertising. But thanks to the rapid rise of social media, a new class of digital-focused comedians is making a name for themselves, creating “bite-size” comedy content for platforms like YouTube, Snapchat, Instagram, Twitter and Facebook. It’s not just the followers of these increasingly popular comedy creators that are tuning in either: increasingly, these comedy creators are getting recognition from some of the world’s biggest entertainment companies and advertisers as they are cast in a wide range of TV shows, films and, most importantly, sponsored content opportunities.

Why is comedy a great fit for influencer campaigns?

While there’s no single reason comedy has gotten more popular with brands running influencer campaigns, there’s a number of contributing factors. Perhaps the most important reason is the changing nature of media consumption habits among the millennial consumer base and their younger teenage peers, “Generation Z.” Whereas previous generations grew up watching their favorite comedians on TV or in movies, today’s audience has been raised on a steady diet of online content on sites like YouTube.

It’s probably no surprise then that this younger group also prefers the native comedian stars from these platforms. One Variety study of the most-influential stars among teenagers aged 13 to 18 found that YouTube stars beat out traditional “Hollywood” stars in a ranked list of their favorite celebrities. This preference for online comedians among consumers is pushing more advertisers experiment with these online stars as well.

Another factor is the rise of comedian creators is their versatility. Whereas a blogger who focuses on a topic like fitness or fashion has a dedicated audience that’s mostly interested in one topic, fans of today’s comedian creators have a much more diverse demographic profiles and interests. In other words, more brands across a range of industries can incorporate comedy-themed content into sponsored posts.

In addition, the content posted by many comedy creators can also help transcend language barriers as well. “To me comedy is an international language,” said Nessa Varez, a comedy creator, in a recent interview about the category. This is great news for a mass-market brands or any brand hoping to reach a wide audience.

Who are some of the top comedy creators? 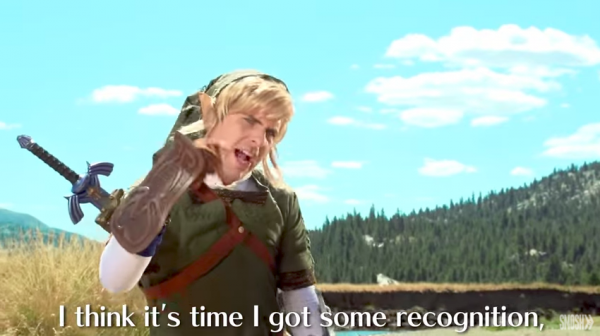 We took a closer look at Captiv8’s creator insights tool to identify some of the personalities with the biggest reach on various social platforms. While there’s an endless number of comedy-themed creators to choose from, here’s a few highlights based on their overall fan reach.

Opportunities for brands with comedy creators

Clearly comedy is a growing area of opportunity for influencer marketing efforts. But what are some tips and tactics that savvy marketers can use to make the most of comedy creators in their next sponsored campaign? Here are a few strategies pulled from some recent comedy-themed influencer programs.

As you can see, comedy-themed social content is a perfect opportunity to connect your brand’s message with a younger digital-savvy audience that’s known for playing “hard to get.” Want to explore the latest insights into the growing world of comedy-themed creator campaigns? Get in touch with the Captiv8 team today.