A Look Into #SOTU

President Obama held his last State of the Union this evening. While Americans were glued to their screens, thousands of people expressed their support (or distaste) for the speech across social media. Take a look at some of the highlights we pulled from our Insights platform…

After the introductions and just a few moments into the President’s speech, the tweet count for hashtag SOTU reached 230k. Engagement across twitter held steady throughout the hour and upon Obama’s closing statement at 7:10pm (PT), the count hit 1.2m. 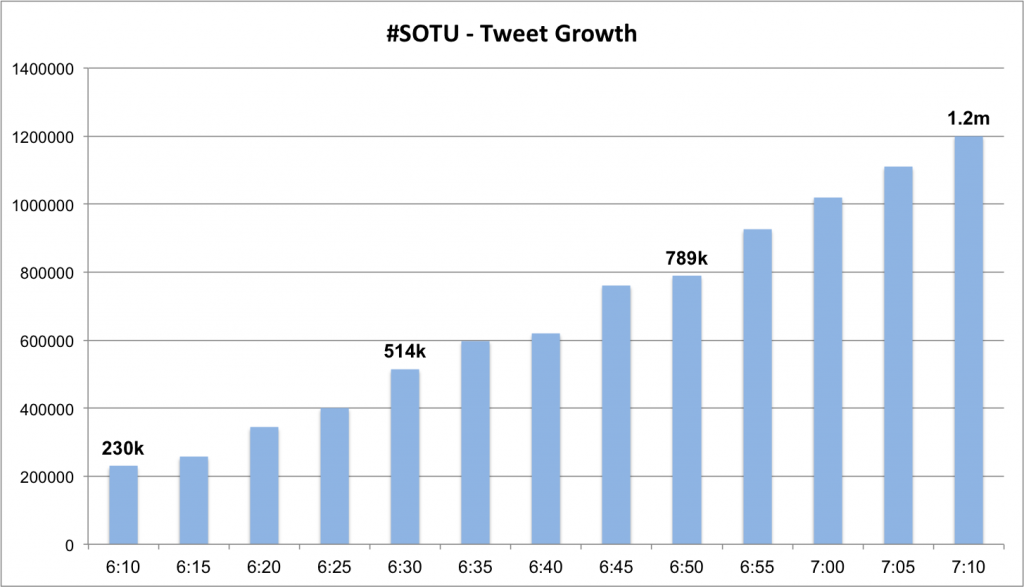 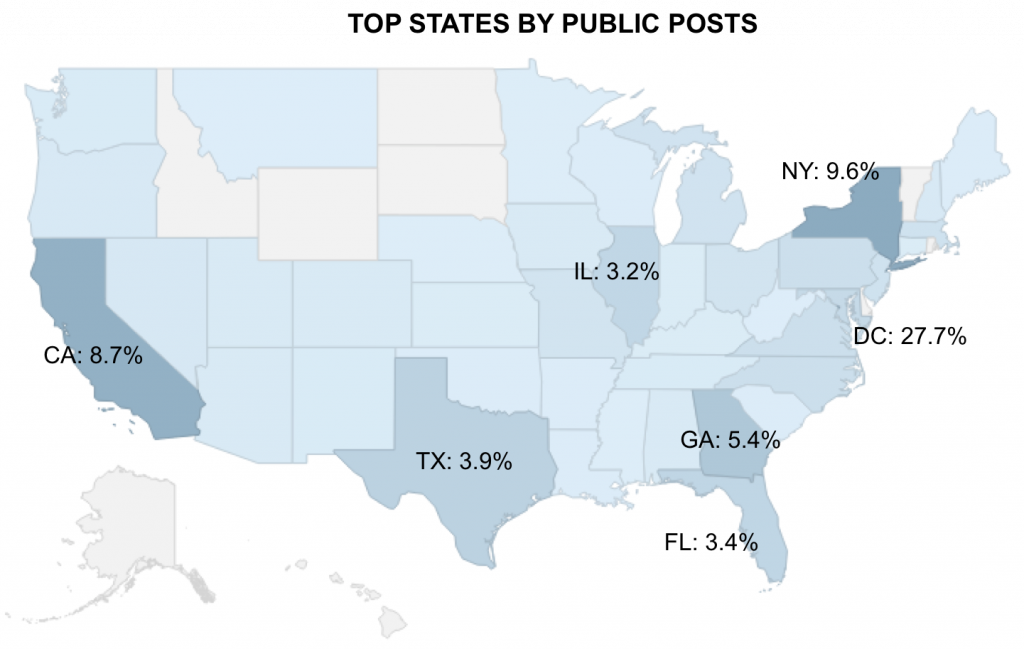 The most engaging post (by likes) on Instagram in the last 24hrs mentioning #SOTU goes to @michelleobama with 33k likes.  She shares the story of Refaai, a scientist who lost many family members due to the conflict in Syria. He joined the first lady as her guest for this evening’s address.

Refaai’s story just takes my breath away. A scientist who lost his wife, daughter and five other family members in the conflict in Syria, Refaai and his family now proudly call Troy, Michigan home. And today, Refaai is hard at work, developing inventions that could change our lives. I’m proud to welcome Refaai and his family to America and honored to have him join me as my guest for the President’s final State of the Union. -mo #SOTU | 📷: @HumansOfNY 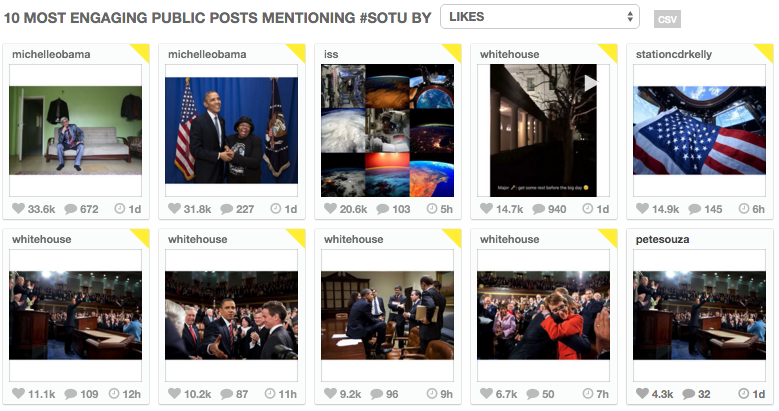