Last week, our co-founder, Krishna, was a guest on Bloomberg Technology, providing insight on the twitter purge and what it means for the industry.

In case you missed it, last week Twitter announced tens of millions of accounts previously locked because of “suspicious activity” will be purged from its follower counts. The purge comes as no surprise as the industry has made moves across the board to police the ecosystem since the investigation in the NYT earlier this year, which revealed how big the social media bot problem really is.

Through our Insights tool, we identified the % of followers lost from the purge for some of the top Twitter accounts: 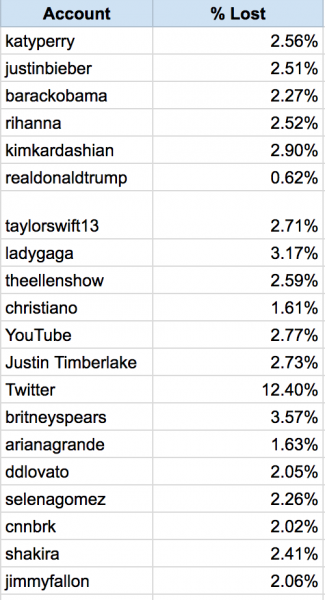