Snapchat and Instagram are increasingly locked in a competition to get more consumers, creators, and advertisers using their platform. Who will prevail? (AdamPrzezdziek, Flickr)

Last week, we took a closer look at Instagram’s new carousel feature as we examined the opportunities it offers to brands and creators looking to drive engagement. But it’s hard to have a discussion about Instagram these days without mentioning the “ghost in the room:” Snapchat. With the company debuting its IPO on the New York Stock Exchange on March 1st, the financial stakes are higher than ever before. Where will consumers, social media influencers, and advertisers spend their time and money in the months and years ahead? Will it be Instagram? Snapchat? The answer to these questions has billions of dollars at stake. Here are some signs of where Snapchat may head moving forward.

One of the more concerning signs for Snapchat in recent months is the slowing growth of the company’s user base. Although nobody can say for certain that Instagram was the cause, Snapchat has seen a distinct slowdown in its growth in recent months, a trend that many social media observers believe was caused by the launch of Instagram’s Stories feature last fall. Instagram has made no secret of the fact it copied both its “Stories” feature and its “Carousel” feature from Snapchat. And it’s not just Instagram that’s causing a slowdown in growth, other social copycat apps, like South Korea’s Snow, are also siphoning potential Snapchat users away from the app. That slowdown could be a problem for Snapchat, especially if it hopes to keep attracting high-spending advertisers that want to reach its captive audience of users.

But beyond the shift in users away from Snapchat, there’s also the question of where social media influencers and creators spend their time. While having lots of users is great news for Snapchat and Instagram because they help attract more advertising dollars, influencers can also have a significant impact on the rise and fall of different social services. According to recent news stories, a significant number of creators are shifting away from Snapchat at the moment. So far the company hasn’t done much to help these creators make a living off the platform, or to help them out when they need technical support or analytics. In a world where audiences increasingly follow creators to whatever platform is best, that’s a big problem. 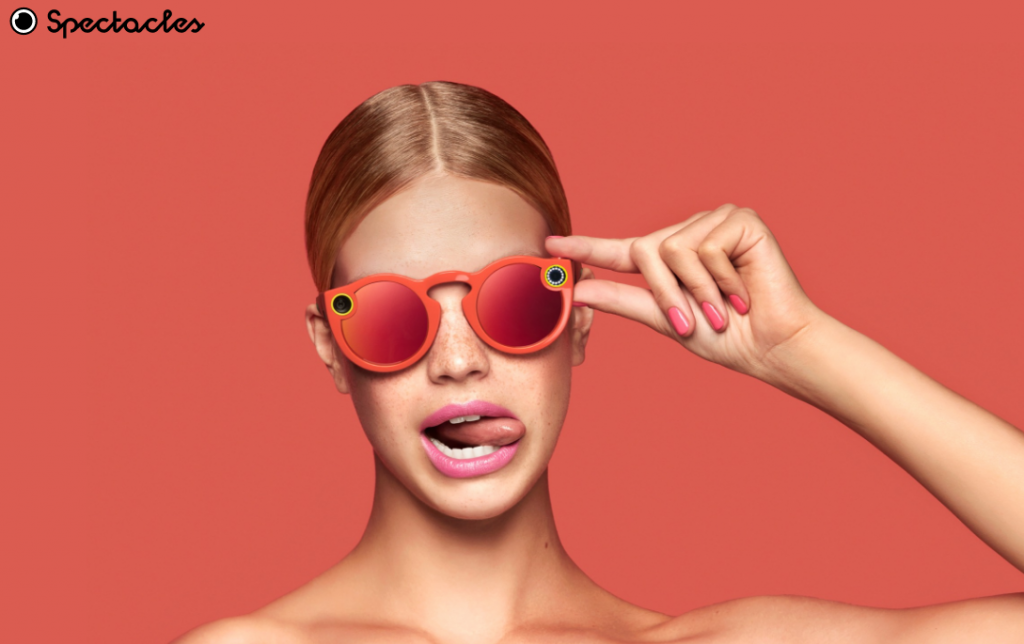 Spectacles: Are they a fun gimmick? Or the future of Snapchat’s business?

So where does all this leave Snapchat at the dawn of its days as a publicly-traded company? The answer may very well rest with its ability to develop innovative hardware. You know those colorful Spectacles everyone was coveting a few months ago? According to hints listed in Snapchat’s financial filings, these types of hardware innovations may hold the key to Snapchat’s future. Rather than trying to only focus on holding on to current Snapchat users, the company believes that it can stay ahead of the competition by launching innovative products that interest new users and keep old ones coming back. That’s why the company is said to be working on a drone project, and why they rebranded Snapchat as a camera company called “Snap.”

Will Instagram eventually copy these hardware ideas, much like they’ve copied Stories and Carousel? It’s not likely. Facebook has its own cash cow in the form of a prosperous mobile advertising business. But with the future of Snapchat’s user base, its influencers and its advertising dollars on the line, expect to see a steady stream innovations coming out of Venice, CA in the years ahead.

Want more great insights into how you can use Snapchat and Instagram to maximize your own fan base? Contact the Captiv8 team today to discuss how to take your next social campaign to the next level.